Vali Höll, a household name regardless of your level of interest in mountain biking. At the age of 17, she already has countless victories to her name. Its every racer’s dream to have the perfect season, winning 7 World Cup’s & World Champs was something Vali ticked off in 2018, her first year racing World Cups.

Over the years we’ve watched Vali develop into a great athlete, we are proud to have supported her since her first race in 2013 at the IXS Rookies Cup in Winterberg. Over 38 race wins, and many more to come! Vali currently races on YT Industries frames under the SRAM RockShox Factory Racing program.“It’s a different “factory setup” than most other World Cup teams. I’m the only racer and have my own mechanic, that’s really cool. It’s a small team but a dream team.”

As we near the end of 2018, we’ve decided to look back on some highlights of our season with Vali. 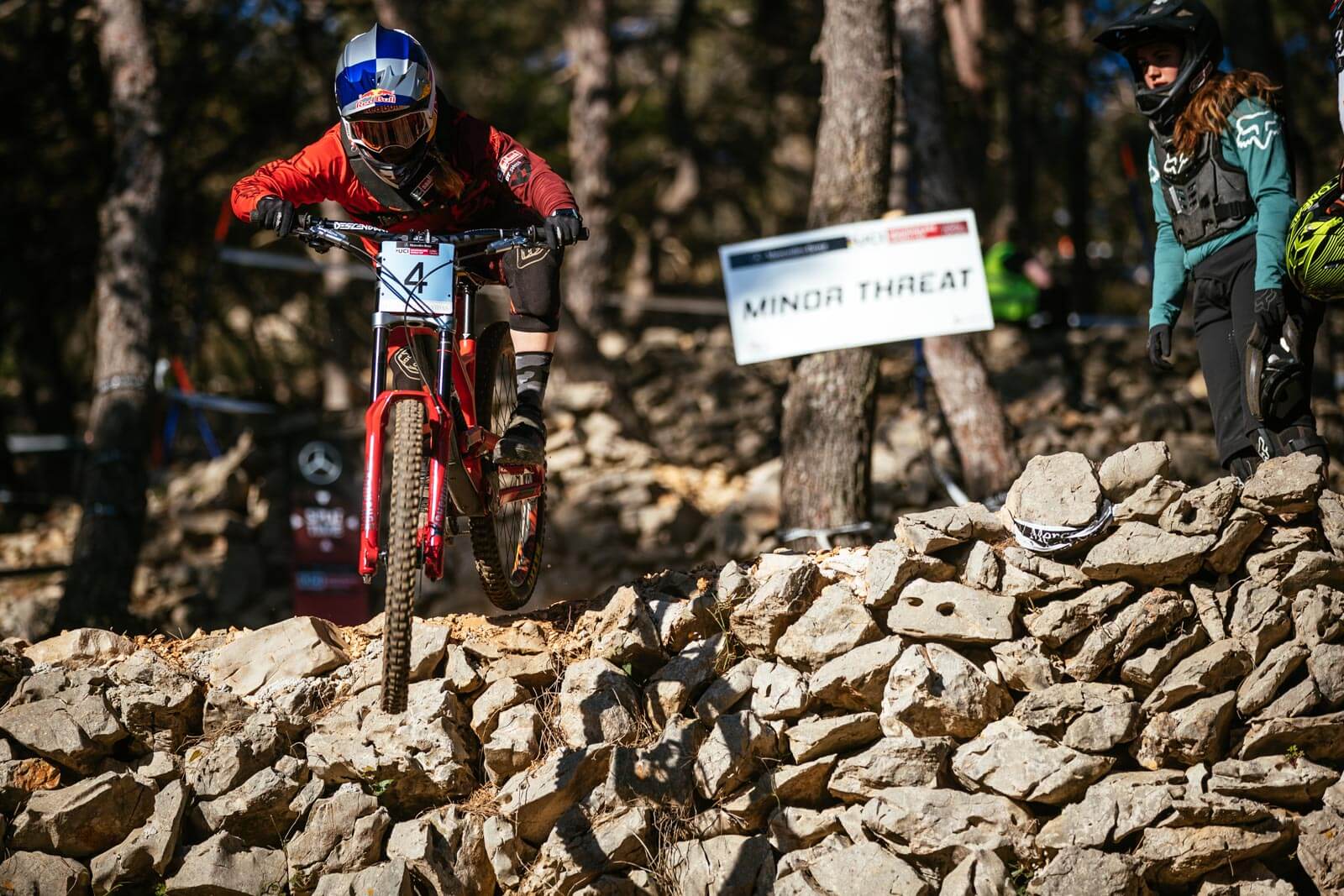 It quickly became clear she wasn’t a ‘minor threat’, Winning the junior women category with a time of 2:50.09, 12 seconds ahead of second place. You thought that was impressive, right? The run she put down would have landed her 6th place in Elite Women. 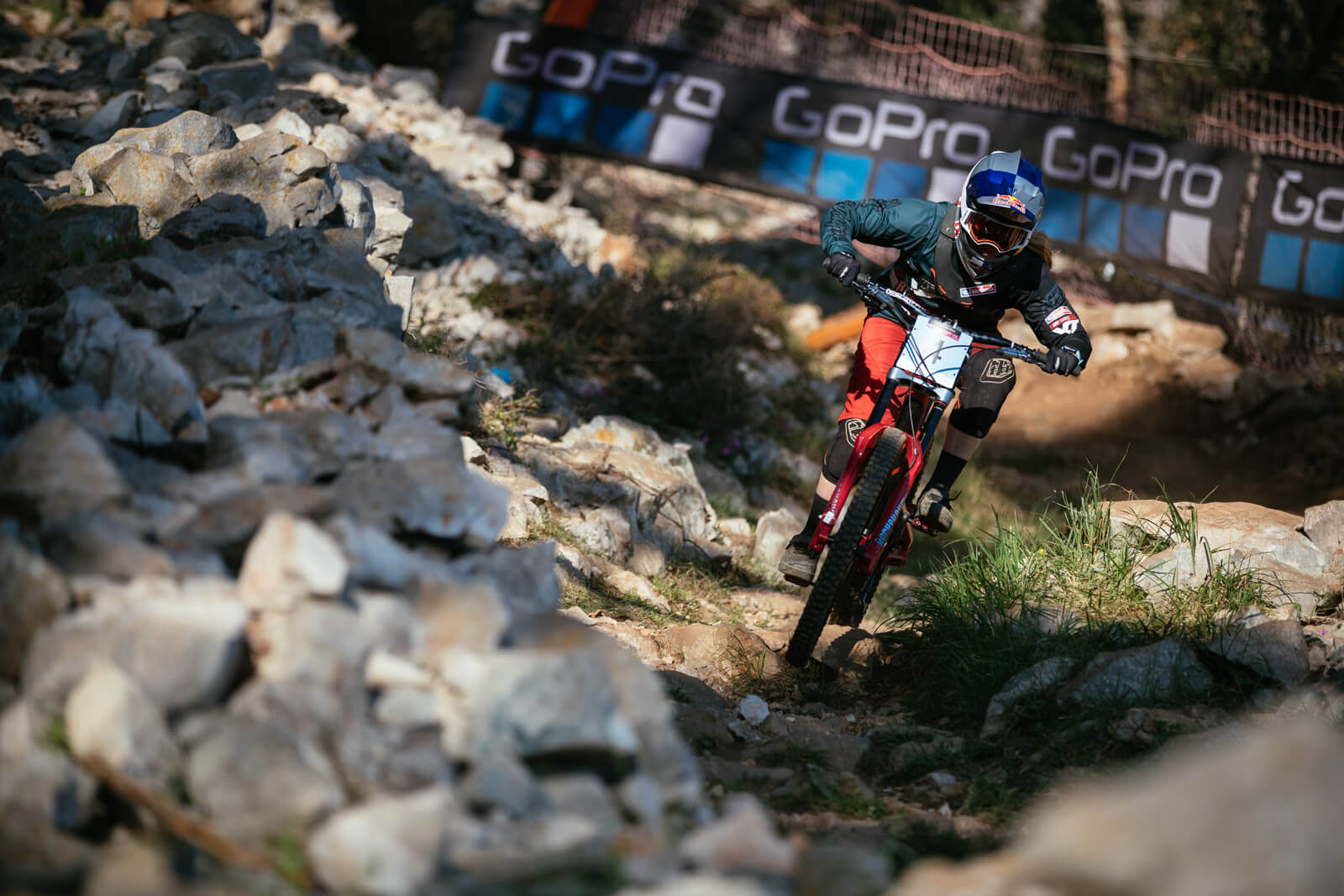 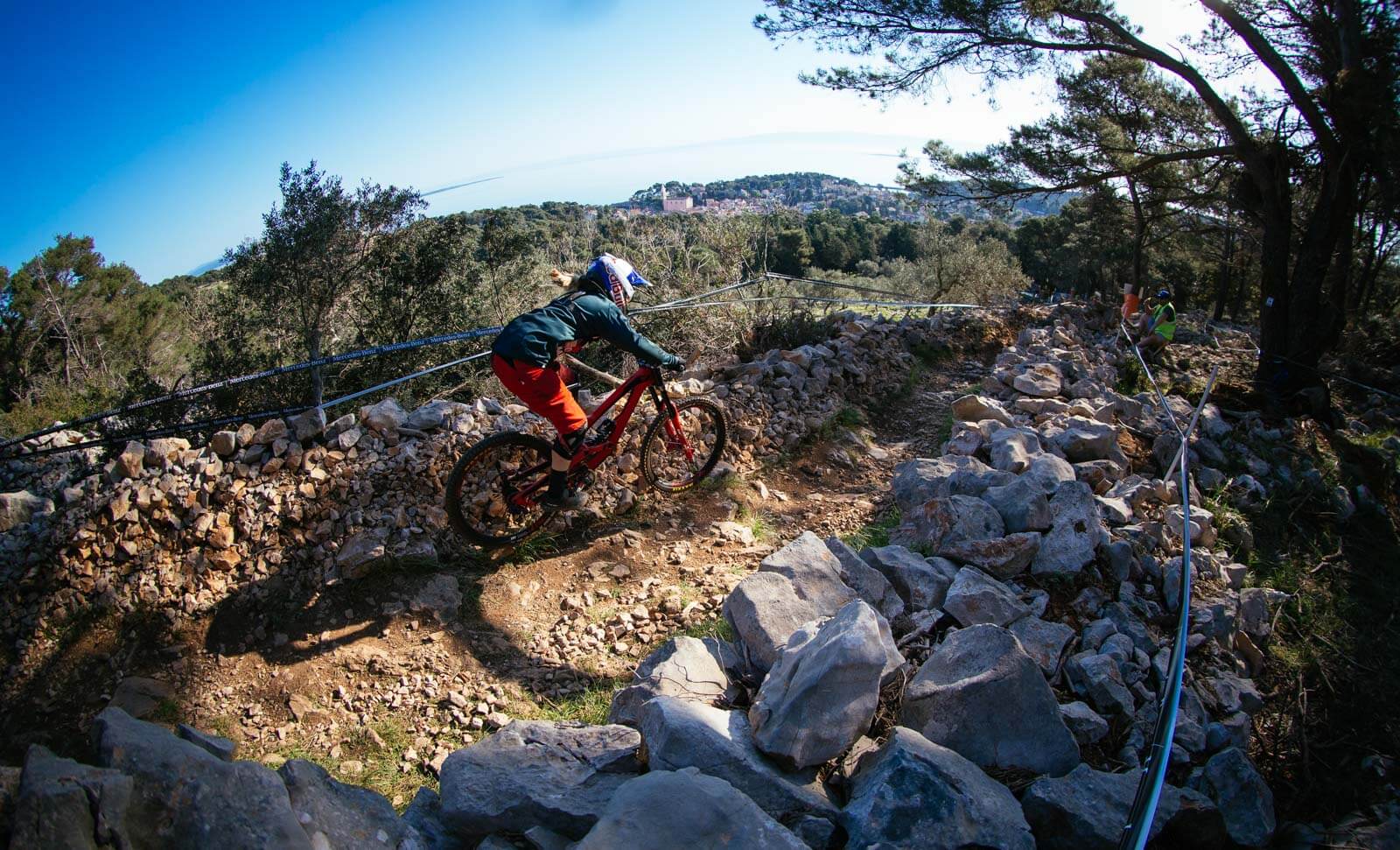 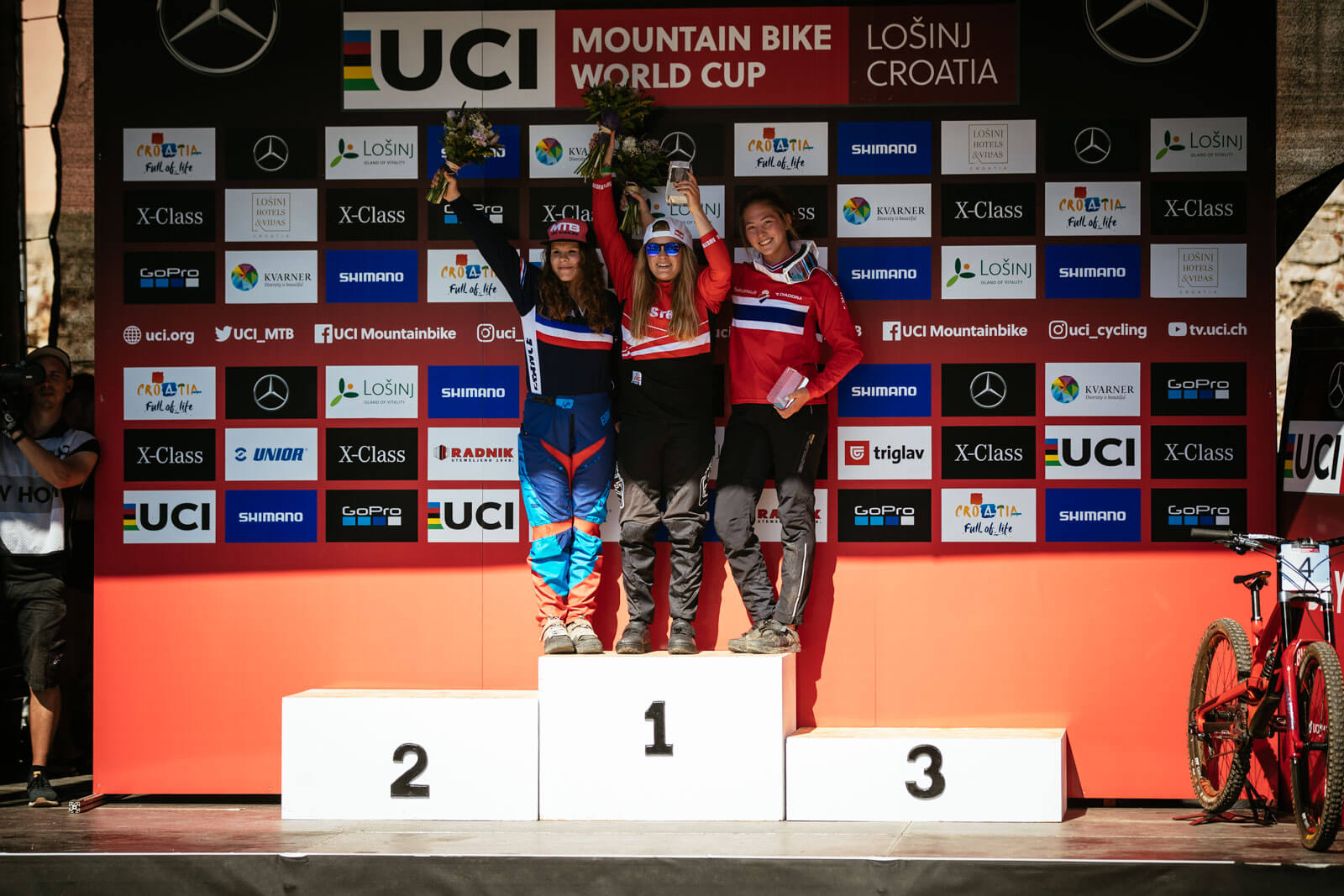 "Losinj was crazy. Because I didn’t even expect to win in my category, but then I did and also did well against the elite. I was really blown away.” 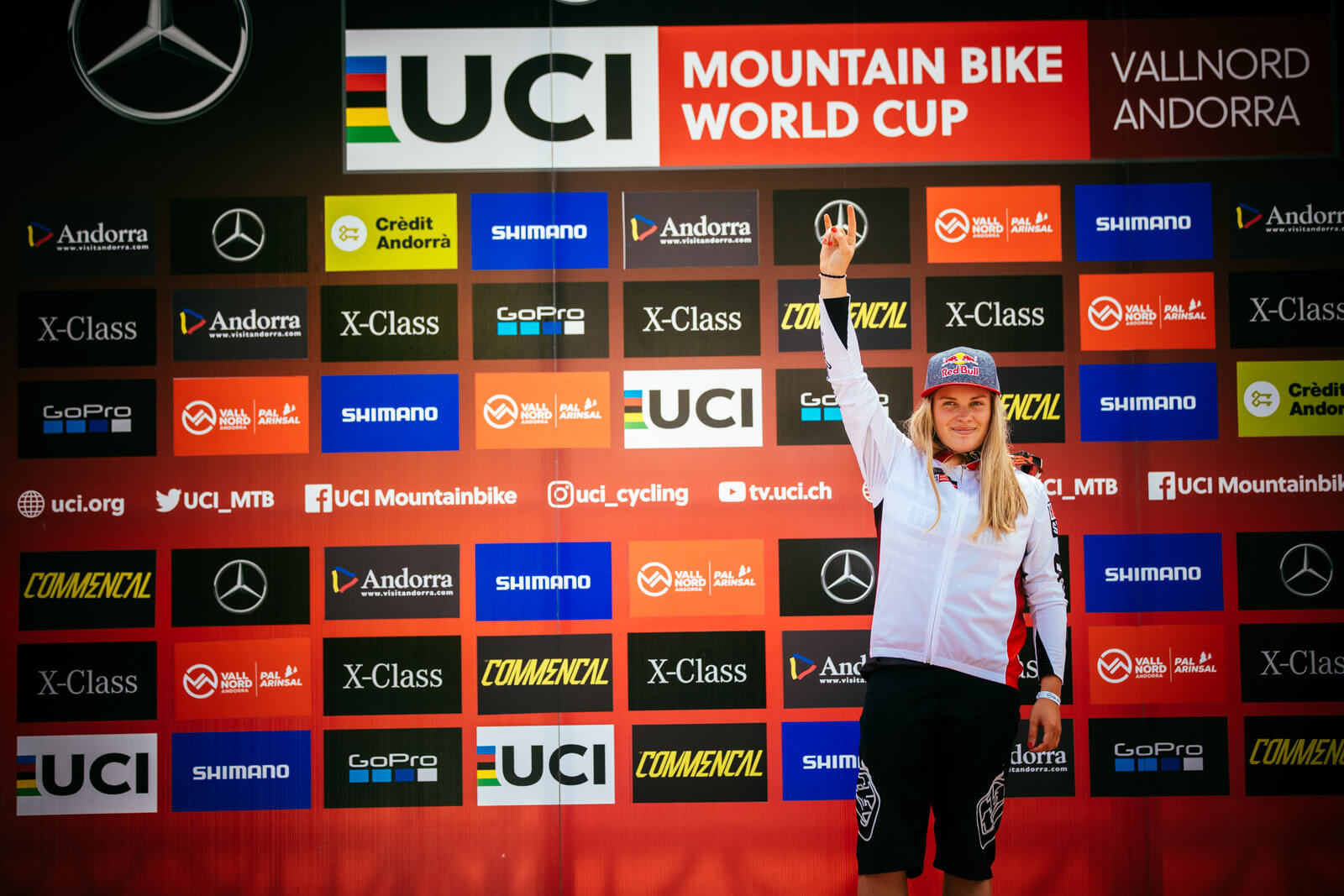 There on in it was normal seeing Vali take the top spot of the podium and continually wear the leader’s jersey. Something that has not only caught our eye but the media’s and other riders is Vali’s style, we know she has the speed, but throughout 2018 she’s developed a style that you should be jealous of. “My style was influenced by watching the boys.” 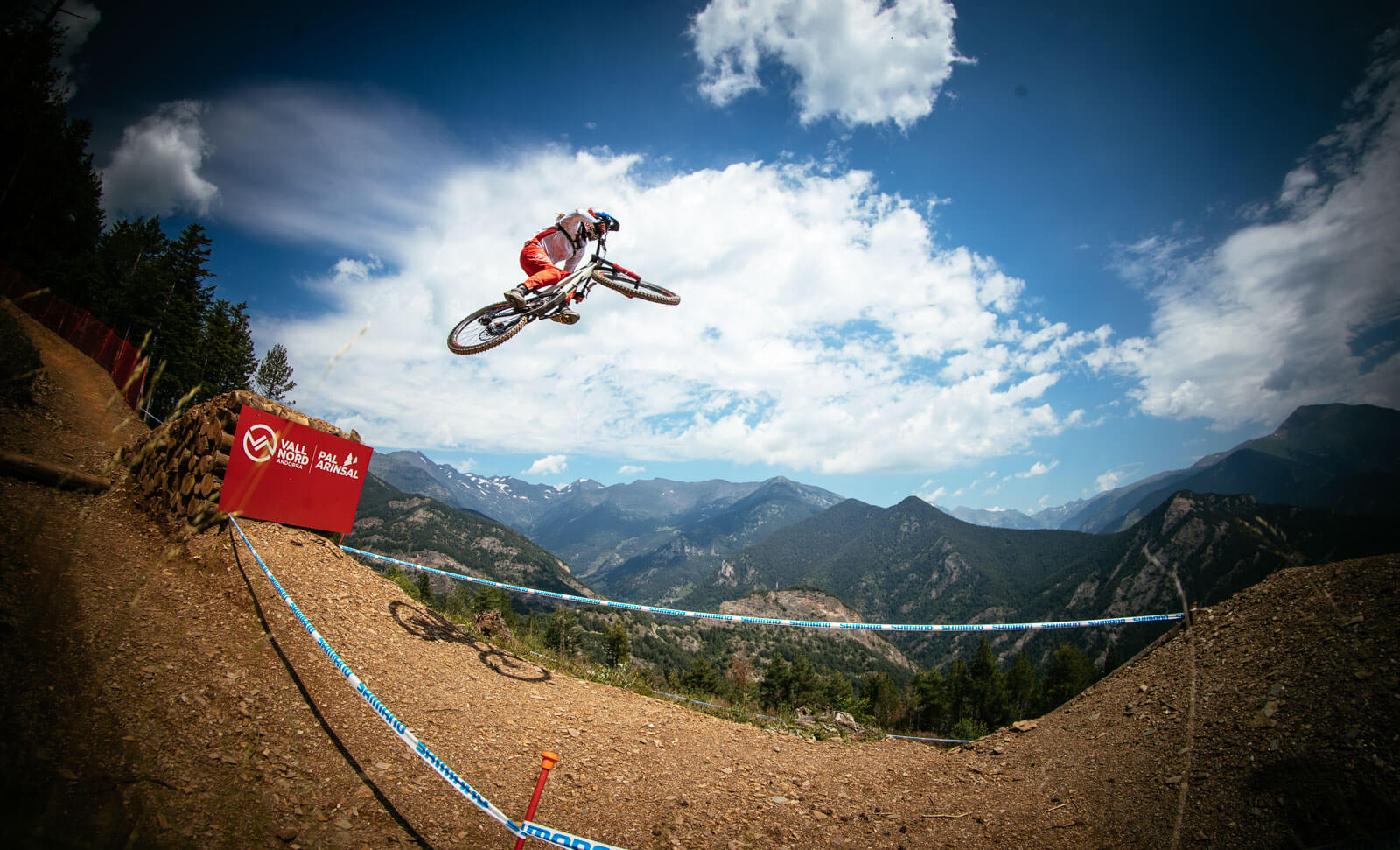 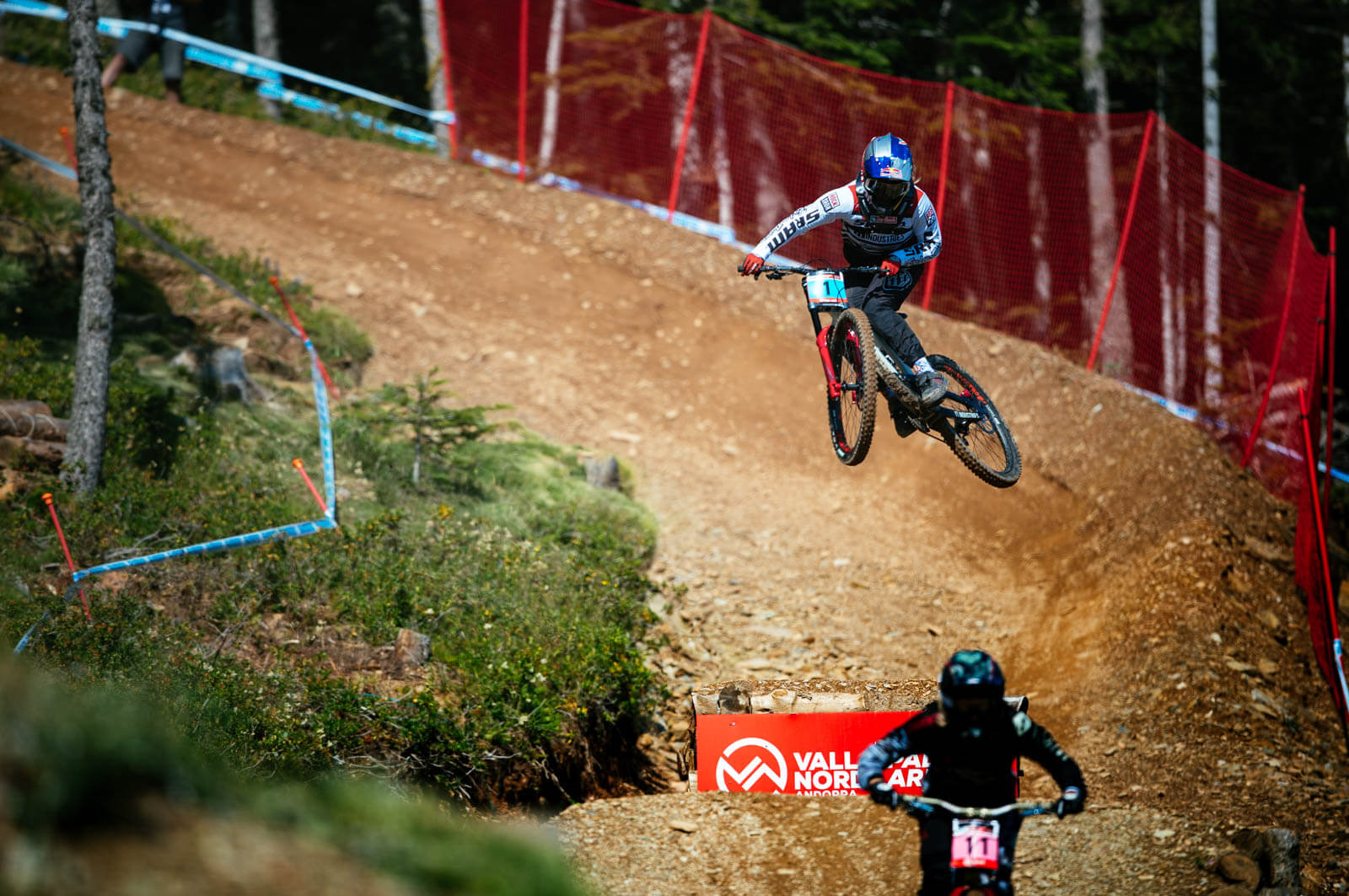 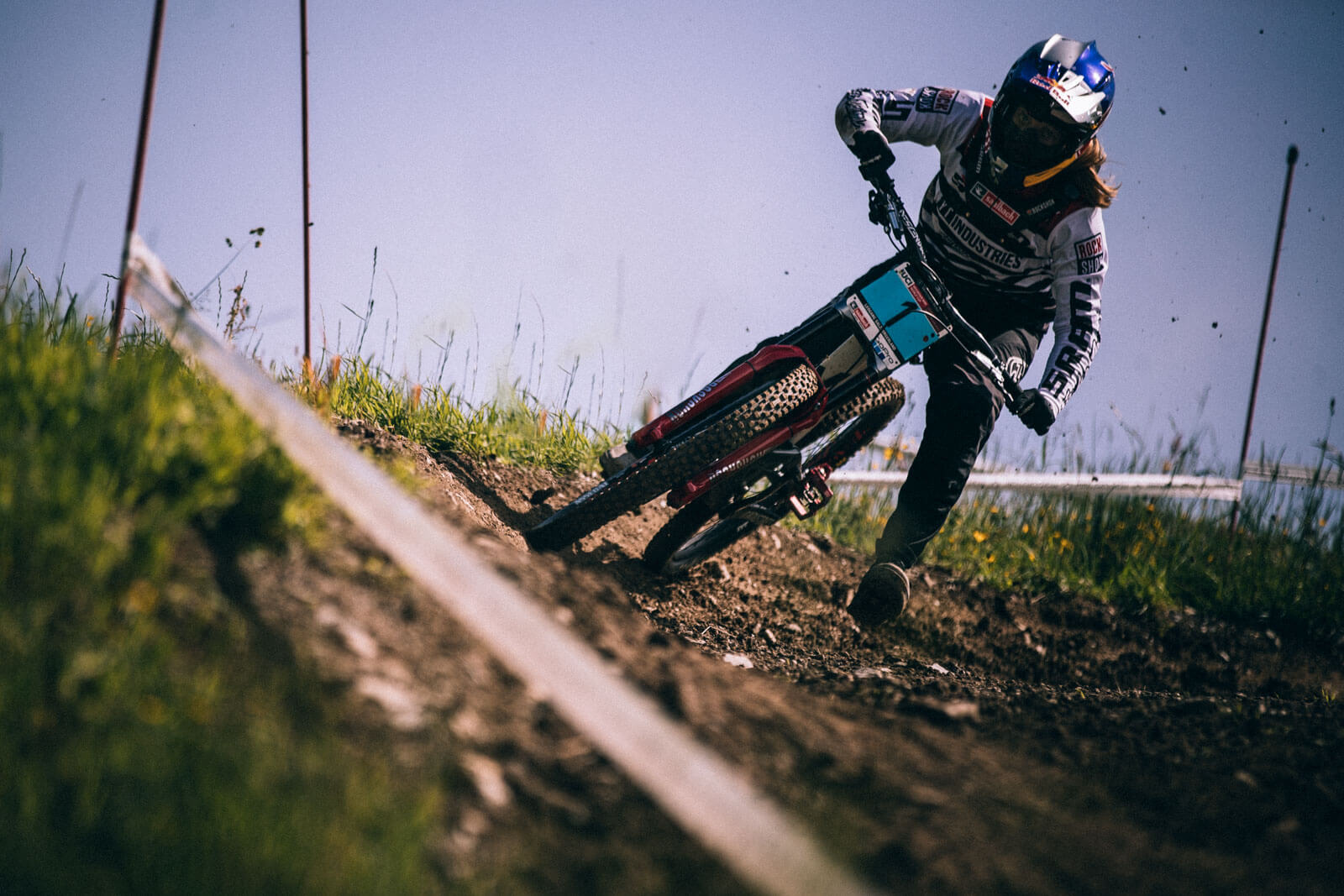 Leogang is Vali’s local bike park, the venue frequently comes under criticism for being to ‘bike park’ however it clearly has no issues developing the next generation of athlete and provides Vali with a great training ground. 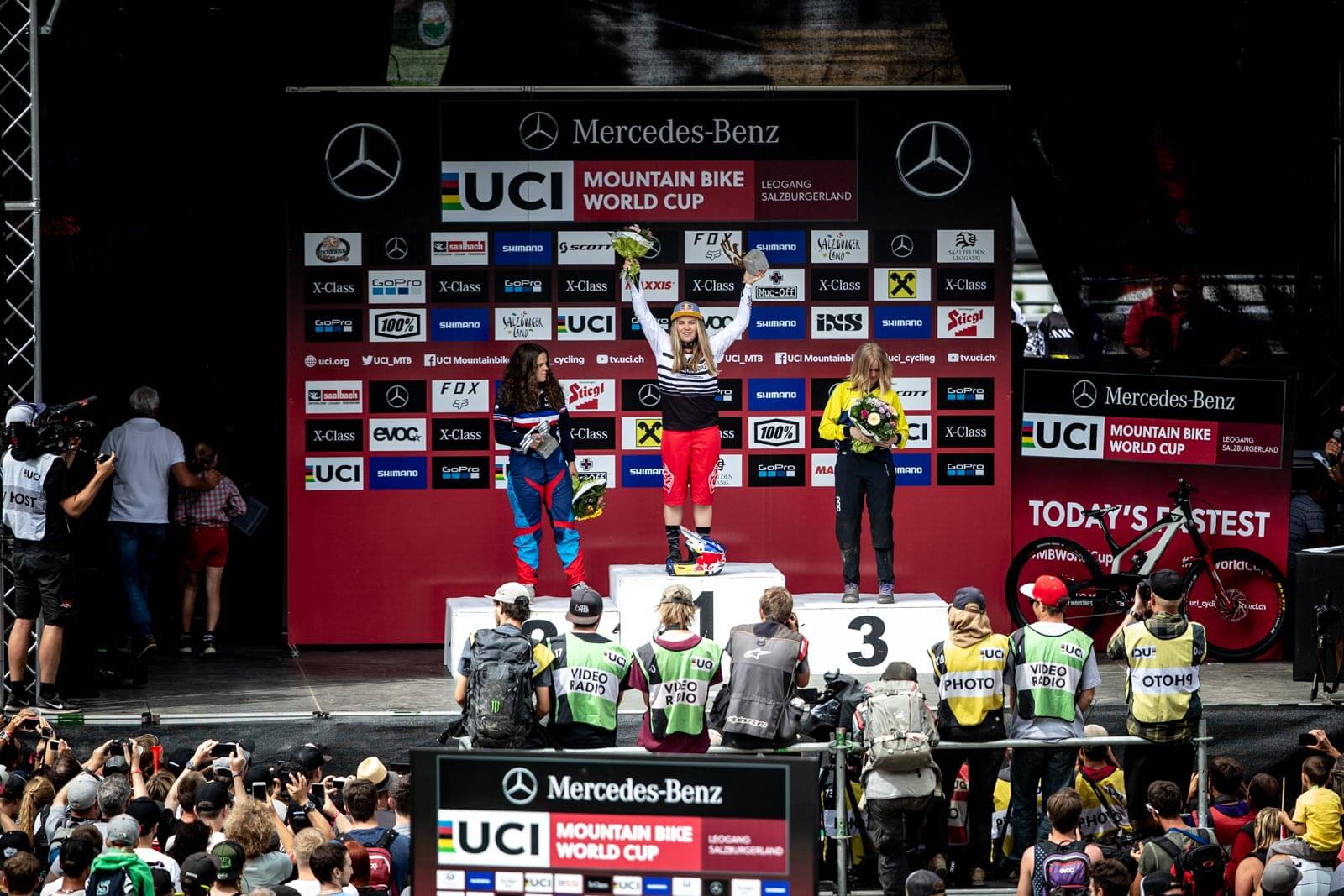 It must have been a great feeling to win at your local track with friends and family amongst the crowd of spectators. 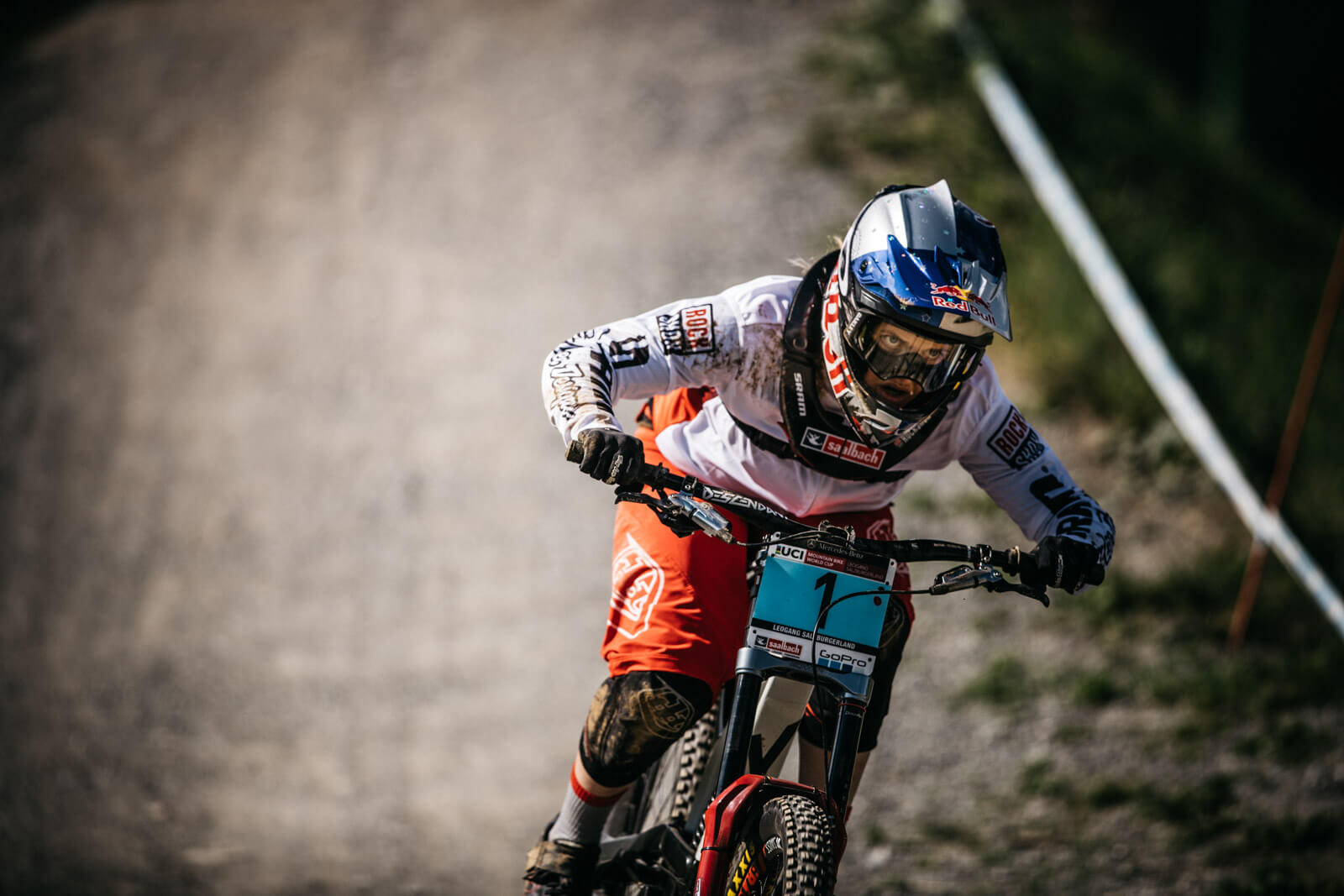 The endless determination throughout balancing studies and training has clearly paid off for Vali, this is without factoring in the normal life of a young adult! “It’s hard, especially now, I have one more year and school is getting harder as well as my training program. I‘m getting older, so I like to go to parties and have a normal life too.” 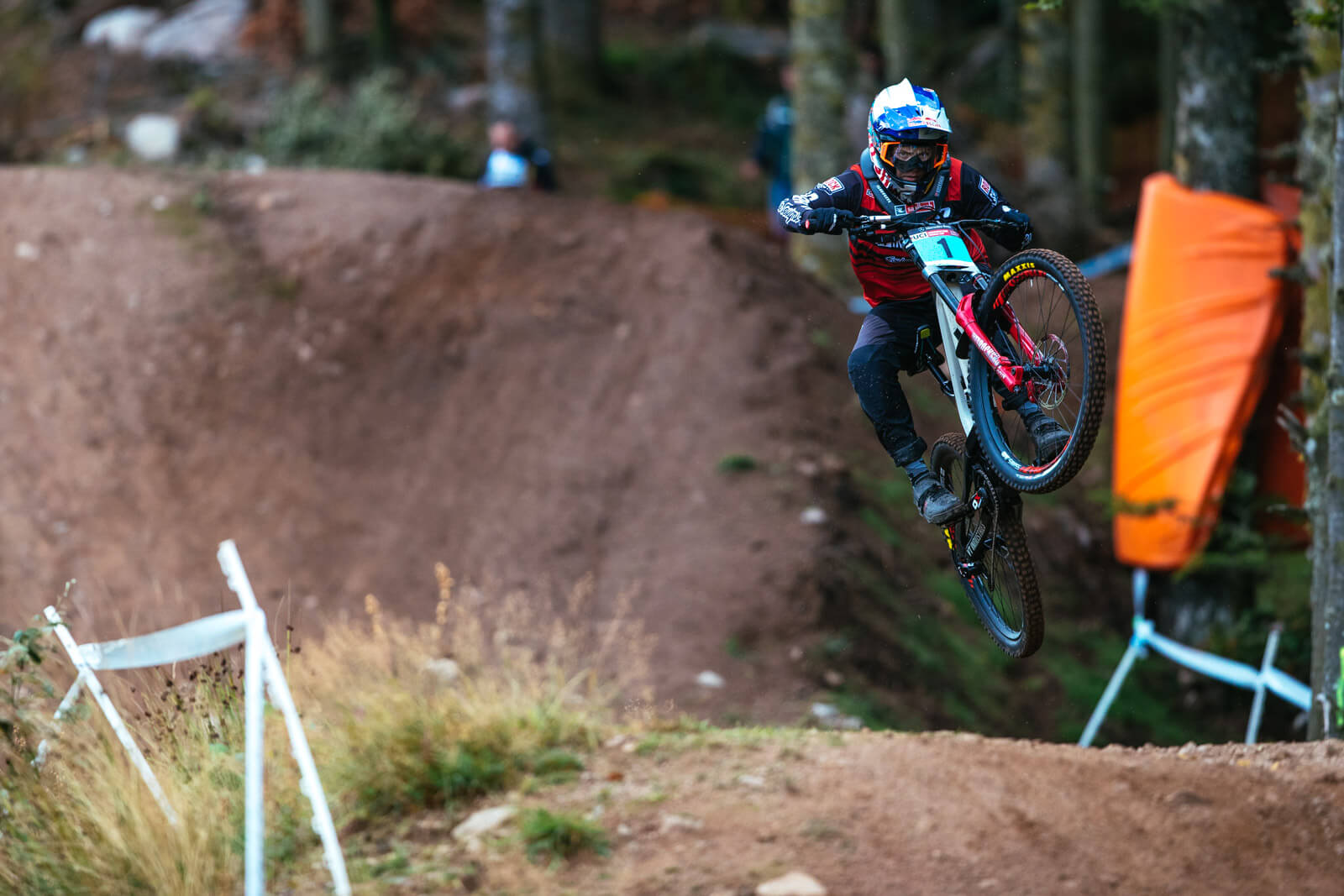 Yet another victory for the young woman. This race saw Vali put a time down that would’ve put her 3rd place in Elite, only 5 seconds off the winning time set by Rachel Atherton. 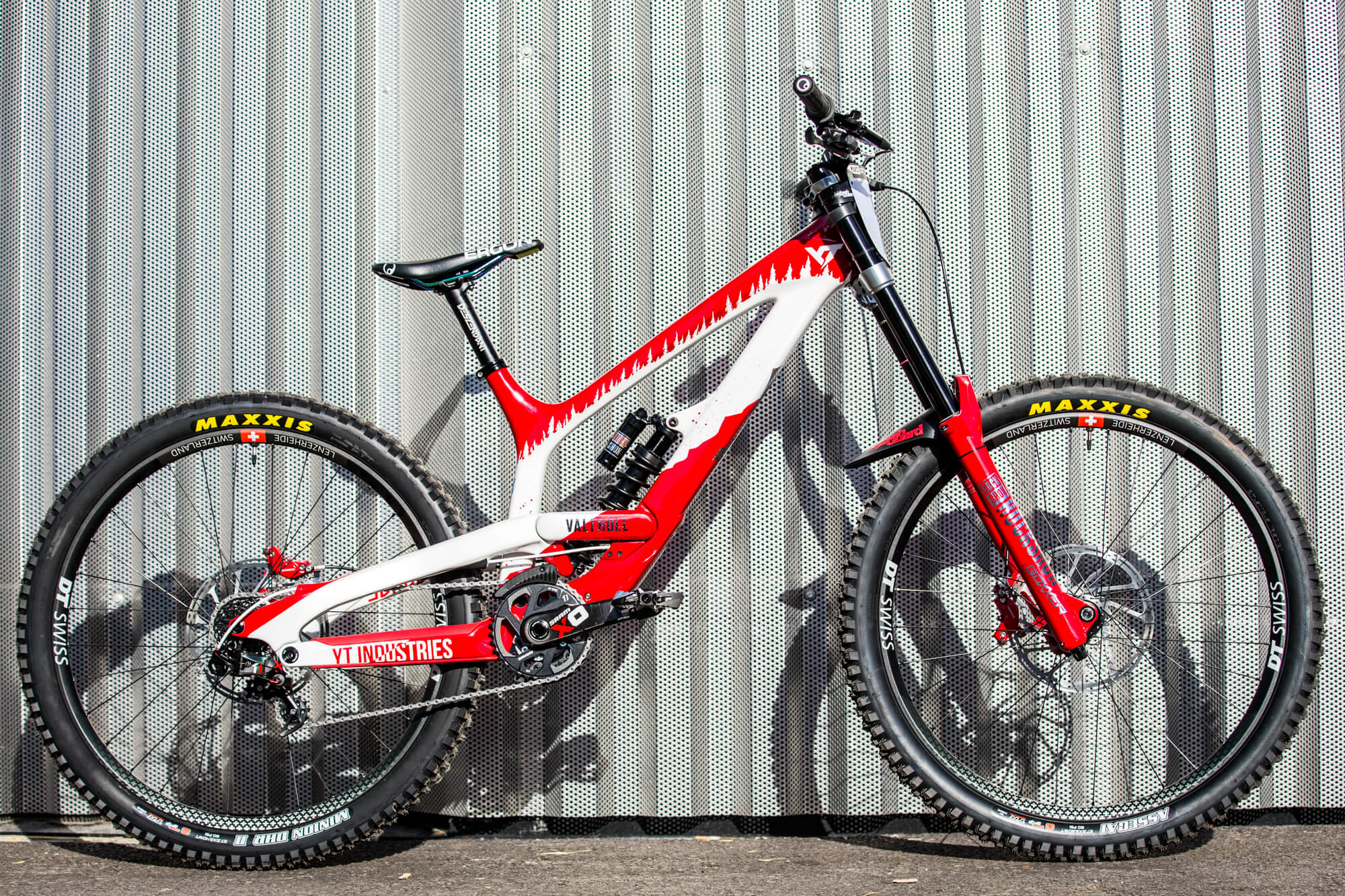 World Championships, a stand-alone race, once a year, arguably one of the most important events on the calendar. Riders swap team colors for some patriotic pride, represented by national colours. At this race, there’s no such thing as too much ‘bling’ on the bike. This was Vali’s first World Championship, and thus her first custom TUES. She had a basic idea, with the red and white of the Austrian flag being the theme, but wasn’t aware of any of the details. The Austrian eagle, treeline fringe and the names of those who have helped her through her first season. 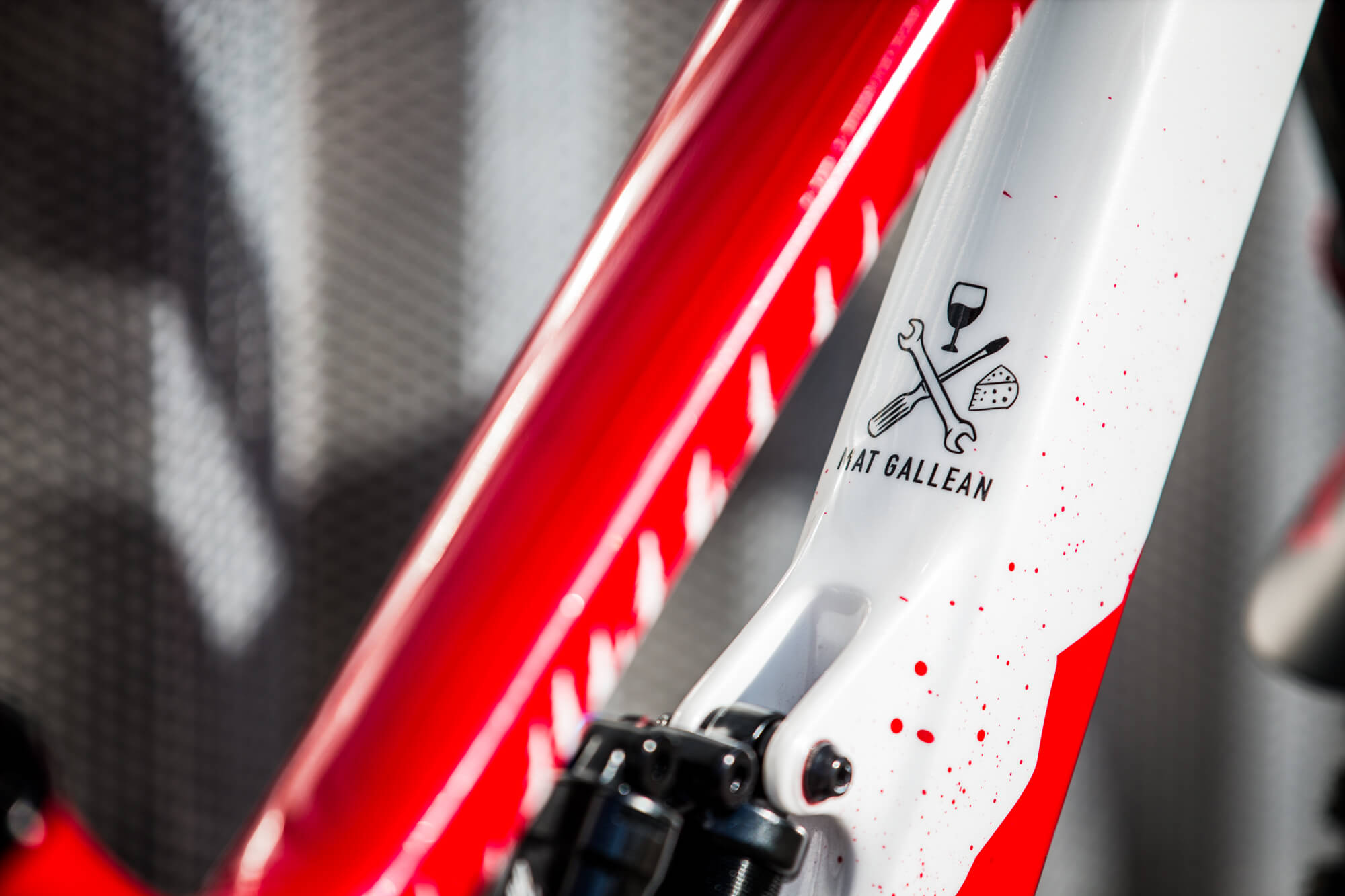 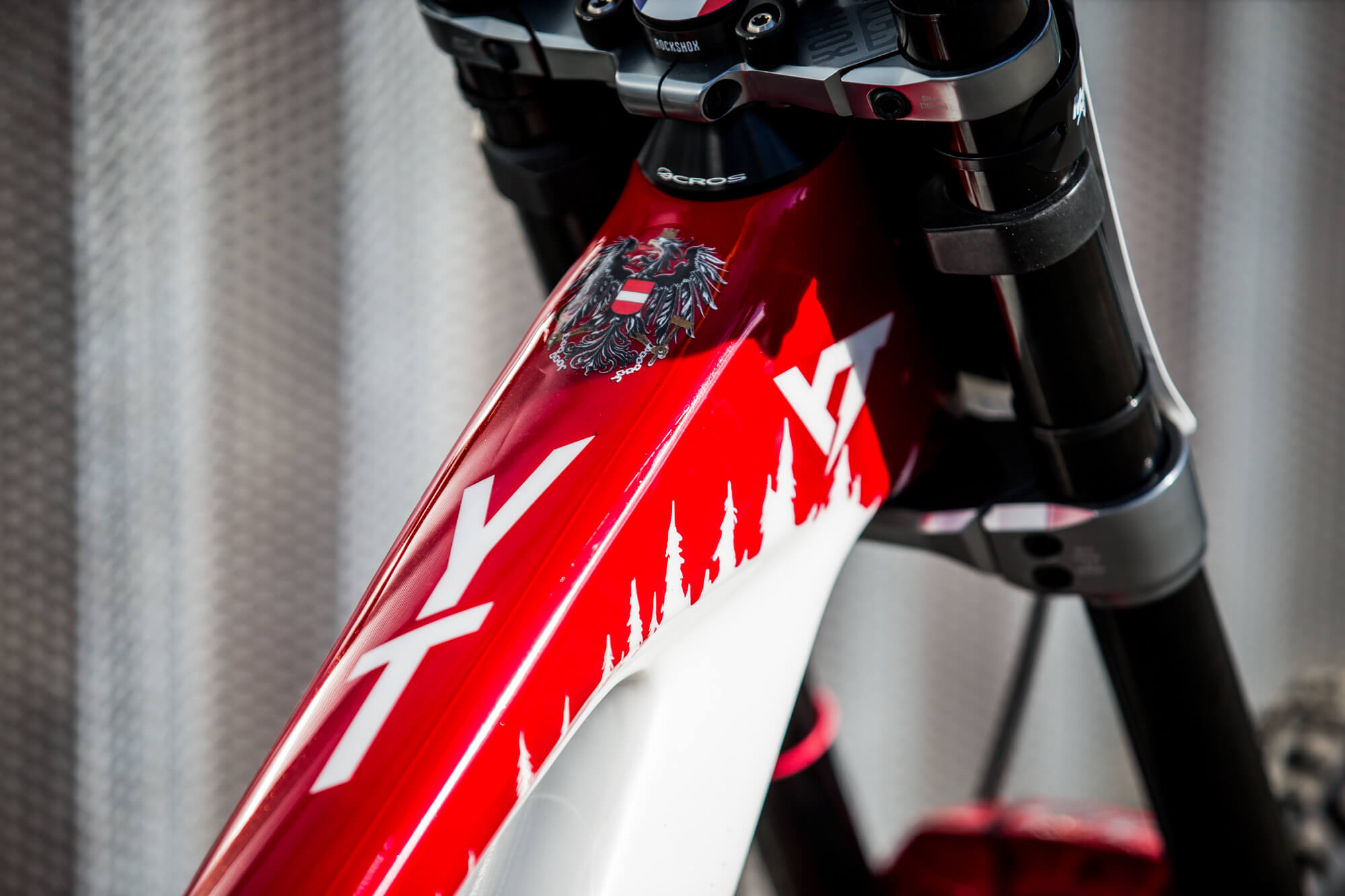 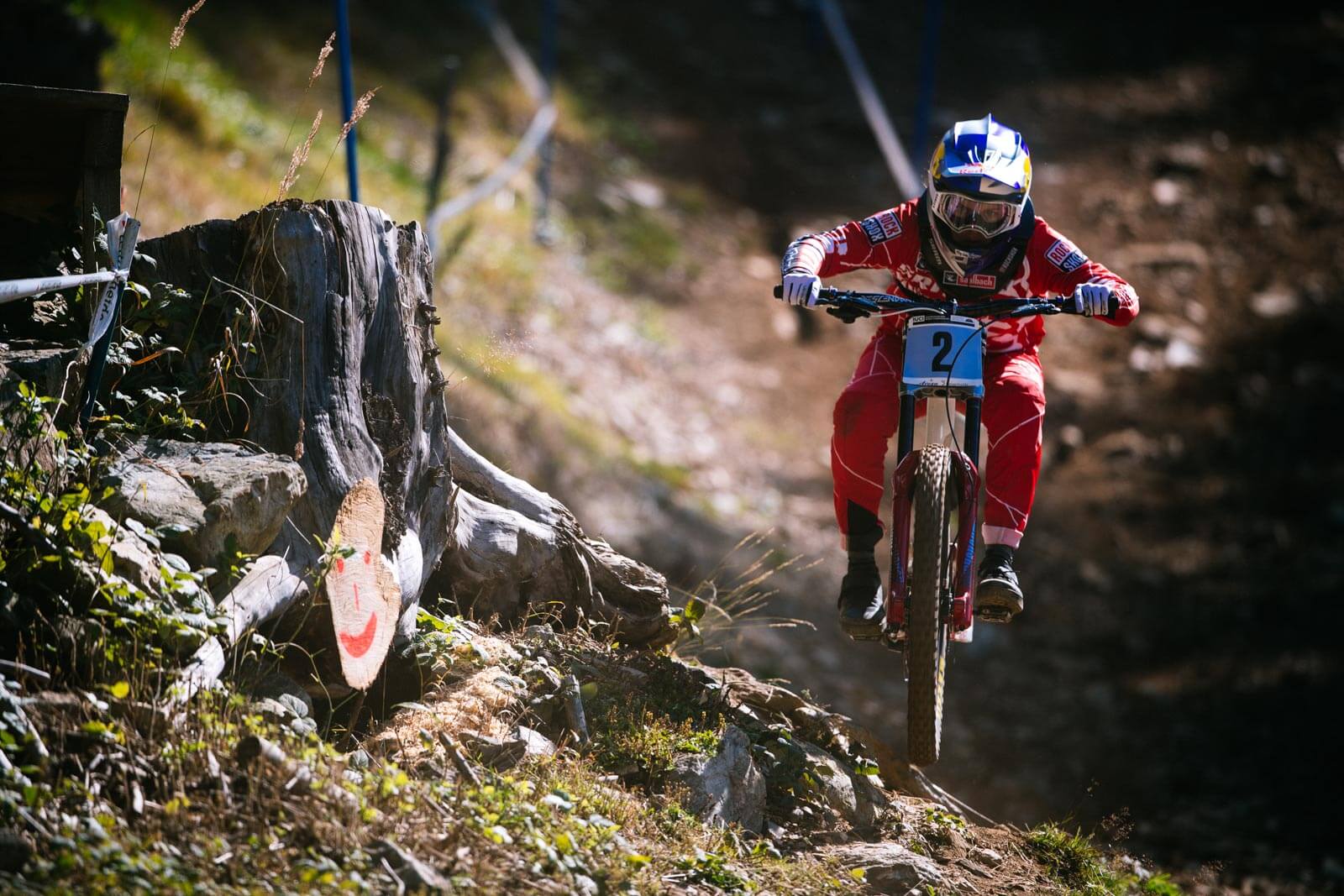 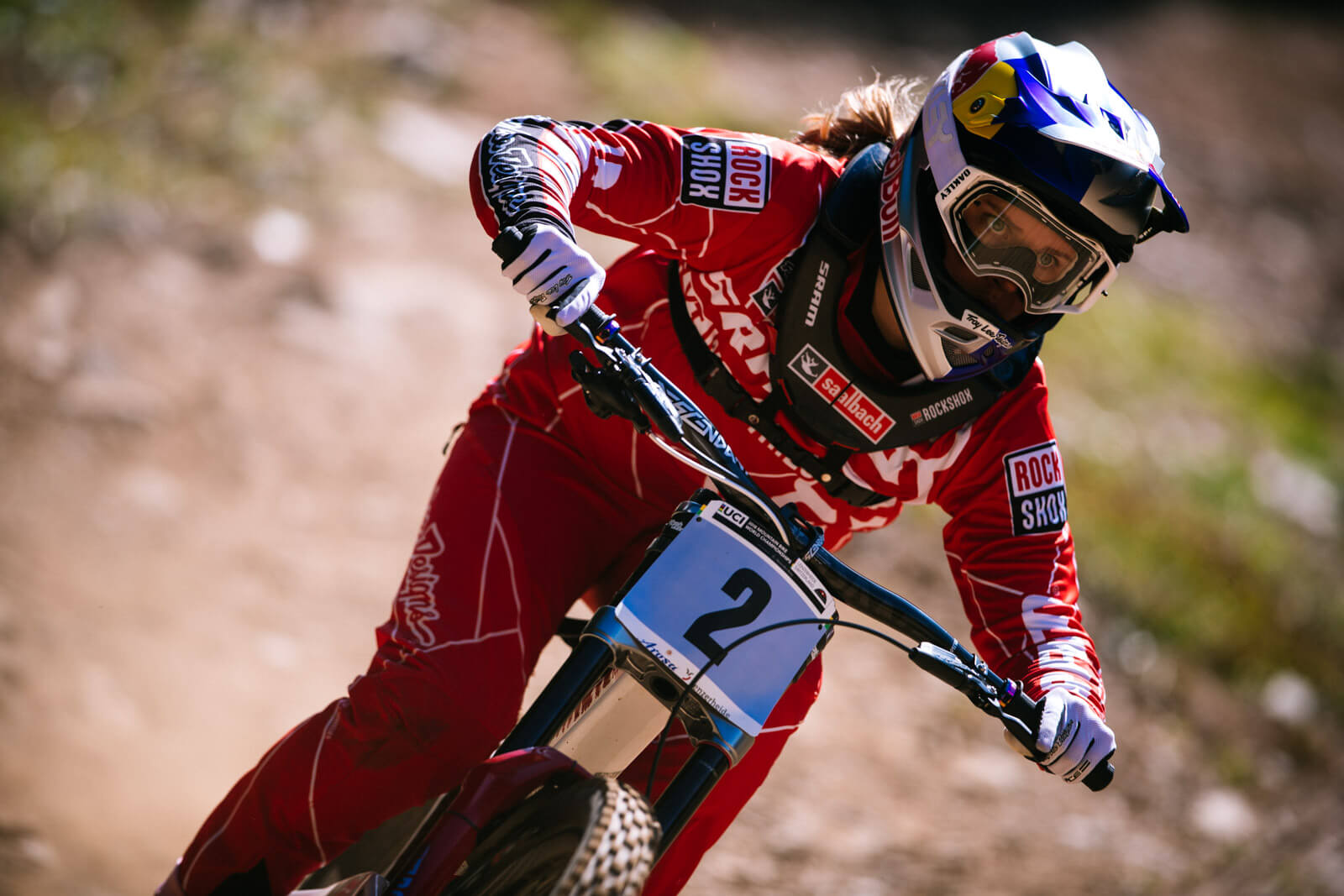 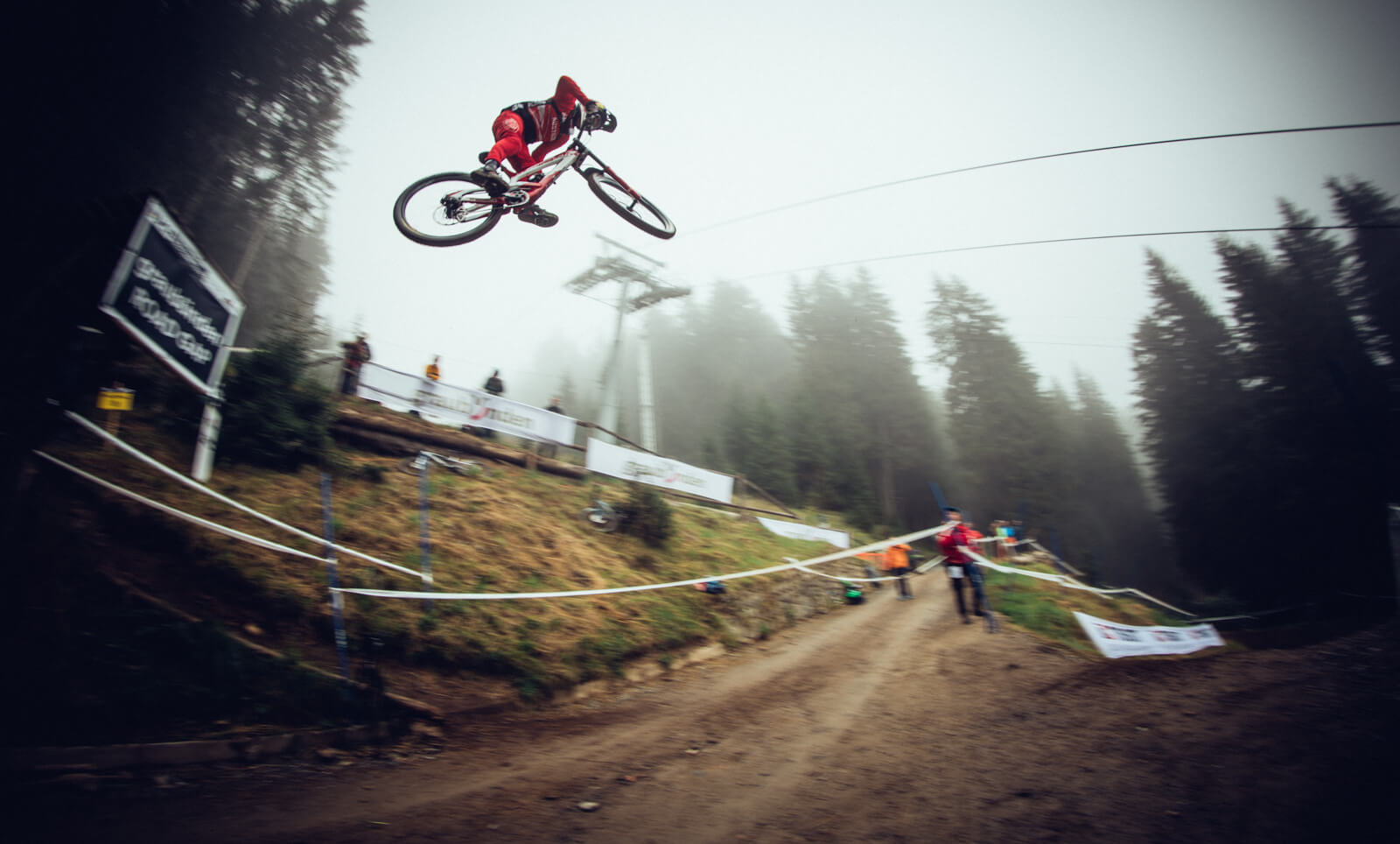 Unsurprisingly days later Vali piloted her custom TUES to 1st place at her first World Champs in Lenzerheide, Switzerland and was subsequently awarded the rainbow jersey, that many dream of! 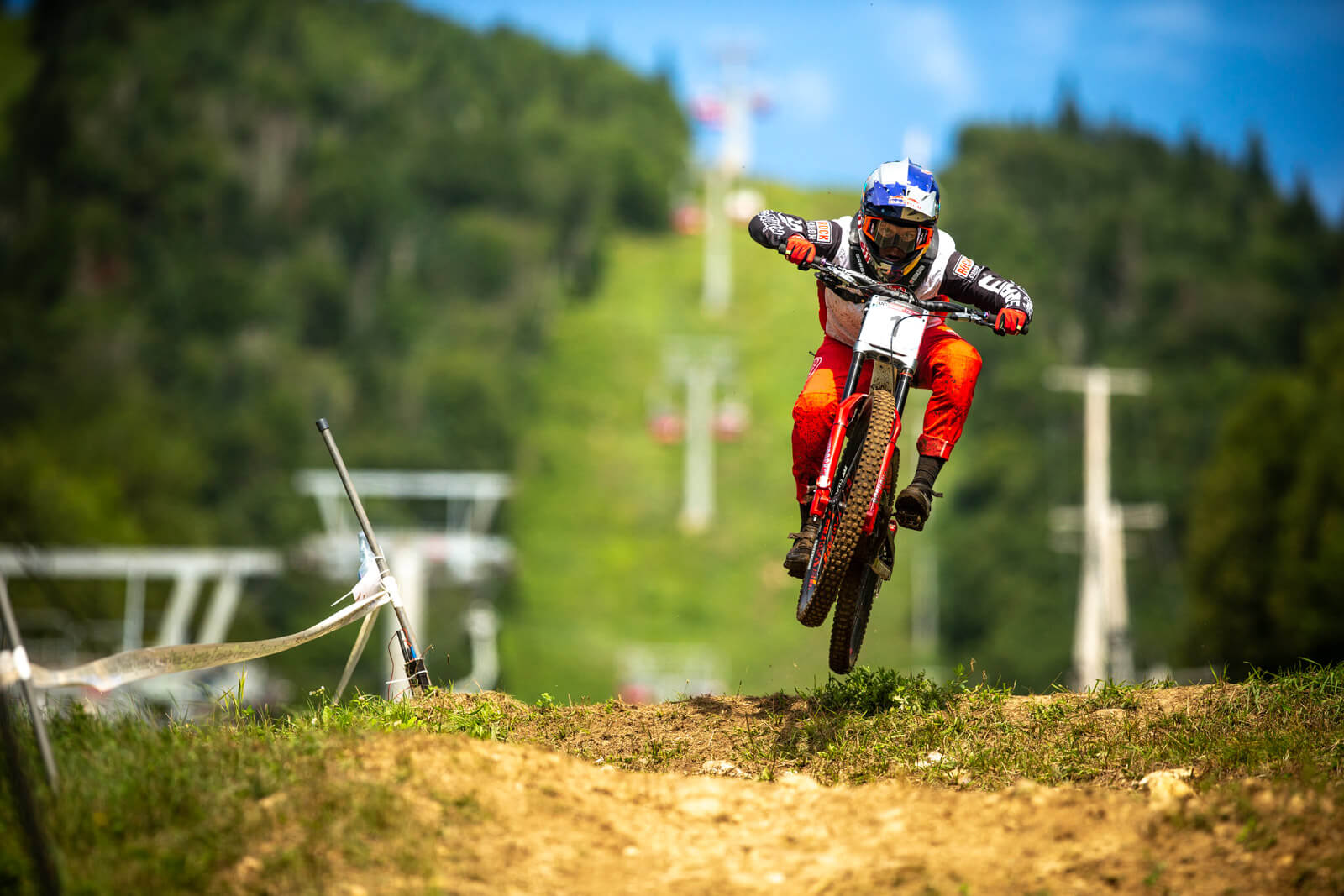 We asked Vali, what she would change if anything about her 2018 season, she replied:
“Never change a running system!”

And what will happen in 2019?
“My goals for the future are to keep it like 2018, don’t get injured, do my A-Exams and get my driving license but most importantly to never loose the fun.”

Only one question left...What bike will she ride?
“I haven’t spent a lot of time on the new bike yet, but I have to say that I kinda like it. I won’t mix 27.5/29” because I don’t want to bring so much stuff to the races, haha.”

Thanks & Congratulations to Vali for an epic 2018 rookie season! We are stoked to see what you can bring in 2019.